You can view the documentation below, or browse our GitHub Repository, where you can contribute to user manual and FAQ. 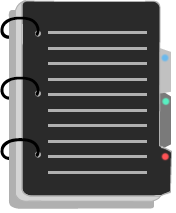 The naming convention for ClamAV releases uses three numbers (X.Y.Z) where the first two (X.Y) identify a feature release and the last one (Z) a patch release.

Before releasing a signature database (CVD) update, we verify that it can be correctly loaded by the latest two feature releases of ClamAV and all the patch versions released after each of them.

Disclaimer: if this policy has to change due to a compatibility problem that prohibits the use of new detection technology, or impacts the stability of ClamAV infrastructure, we will announce the end of life for those versions four months before they become unsupported.

Currently, every version from ClamAV 0.99 and down, including all patch versions, are unsupported, and are actively blocked from downloading new updates.

Situation 1: Security Patches Less than 6 Months After a Feature Release

As an example, let’s say ClamAV 0.102.0 was just released and development begins on 0.103. But shortly after the release or as we’re preparing for the release, it is discovered that 0.102.0 contains one or more security issues. We understand with such a recent release, not everyone has had time to verify that they can indeed upgrade without some other supporting changes to their system or product. In this situation, we would prepare a security patch version for the 0.102 feature version (eg. 0.102.1) and for the 0.101 feature version (eg. 0.101.5). Once both releases have been published, the same or equivalent fixes will be merged into the main branch for inclusion into the next feature release (0.103.0).

On rare occasion we have made breaking changes the way that users or other software interact with ClamAV or libclamav. The 0.101.0 release was one such example where we made a breaking change to the libclamav programming API. When this happens, we will provide extra time for users to upgrade to a newer feature release before we discontinue support for the older feature release.

The amount of extra time before we discontinue support will vary depending on the severity of the breaking change and the level of difficulty to upgrade.

Situation 3: Security Patches More than 6 Months After a Feature Release Has Been Available

For example, if 0.102.0 was released in January and a security issue was found in May, but the non-disclosure agreement allowed for the bug to be patched after the standard 90 days, then a security patch release will likely be prepared for release in early August. This would exceed our 6-month policy, so we would publish the fix in 0.102.1 but would not publish a patch version for the 0.101 series.